Over built to Last

From explosion venting oven latches to the world’s first boutique guitar slide manufacturer to the worlds strongest and most trusted microphone stands, our history is rich with diversified niche products.

Latch Lake was certainly the product of necessity. Its sister company, Brixon Manufacturing was established in 1939 by Tom Roberts, (Jeff’s father). The turning and drilling side of Brixon afforded the ability to develop products and solve problems that other startups and established businesses wouldn’t even think of. With a machine shop in one hand and some music industry necessities in the other Latch Lake was born. 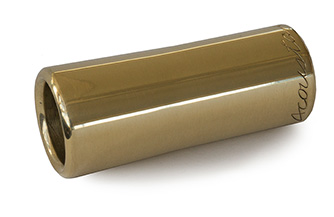 In the late 1980's, guitarist Leo Kottke found that after a production change he could no longer use the Portugese wine bottles that he had favored in the past for his “bottleneck” guitar slides. It was only a matter of time until his last glass slide broke. He then turned to his long time friend (and former touring sound engineer) Jeff Roberts for help.

Jeff's family business had extensive metalworking capabilities, and Leo wanted to explore the possibility of developing a metal slide that had the right shape and sound, and wouldn't break on the way to the stage. Six months later, Jeff and Leo came up with a prototype that had the right shape. After two more years of extensive alloy searching they found a brass alloy that, to Leo's ear actually had a better sound than glass. Thus, the patented AcoustaGlide® guitar slide (along with Latch Lake Music Products) was born.

Over the years, Latch Lake's line of guitar slides has grown. Whether you're a beginner or a living legend, explore our slide section and you'll find one that's right for you.

Necessity #2: “A microphone stand that works”

In the early 2000’s while tracking piano on a 7 foot Schimmel piano, with a pair of AKG 414s mounted over the hammers, the artist stopped playing to ask Jeff if the microphones were supposed to be laying on the harp. A most embarrassing situation. Jeff knew that the boom clutches on the AKG (K&M) stands he was using were just ¼ turn from snapping. He also knew that it could be done better, yet the industry had nothing that was better. So he went to the machine shop and 15 months later the micKing® microphone stand was born.

The micKing® 3300 debuted as the best mic stand available for under $1,000.00. It redefined what a serious boom was capable of, and reinvented many aspects of how they operate.

Today the micKing has evolved into a full product line with accessories, straight stands, boom stands and even tablet mounts. All with one thing in common: “The worlds best”

Check back often for great new products that just may solve that problem you’ve been trying to solve for decades!